Hollande: Many Children Are in Critical Condition After Nice Attack 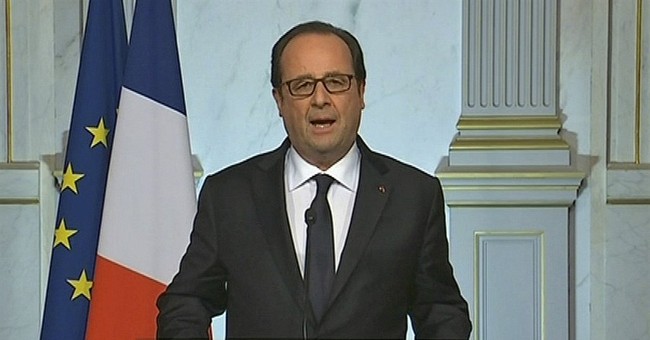 French President Francois Hollande offered a statement Friday morning about last night’s devastating attack in Nice. The bodies are still being counted, but as of right now, 84 people are dead after a truck driver deliberately drove into a crowd during Bastille Day festivities. Even more tragically, Hollande informed the press that 50 are still “between life and death." Many of those in critical condition are children.

French President Hollande: "We can overcome this evil, because we are France as one." https://t.co/mn2o2SNAVI pic.twitter.com/tzS8ny8OIQ