Obama: 'I Knew Hillary Would Do a Great Job as Secretary of State' 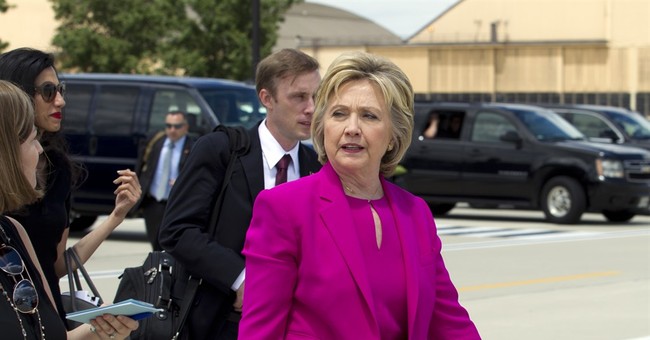 President Obama walked off Air Force One with his former Secretary of State Hillary Clinton on Tuesday to campaign with her for the first time since endorsing her in the 2016 election. The two held a rally in Charlotte, North Carolina, where they remarked on the state of the economy, social justice, etc. Of course, the elephant in the room was the FBI's announcement regarding their investigation into her emails.

In the first time we've heard from the Democratic presidential nominee since FBI Director James Comey announced they will not be seeking charges against her, Clinton dodged any mention of the FBI's assessment.

Instead, she remarked on how much it meant to have the president’s support, noting that she and Obama went from political rivals, to partners, to friends.

Clinton said she was surprised when Obama asked her to be his secretary of state.

“The president asked me to serve, and I accepted,” she said. “You know why? We both love our country.”

“I’m here today, because I believe in Hillary Clinton,” he said.

Unlike Clinton, Obama made some subtle hints toward the FBI's Tuesday press conference.

It wasn't until the "political machinery" got moving, he argued, that pundits turned on her.

“My faith in Hillary Clinton has always been rewarded.”

That remark was met with sparse applause.