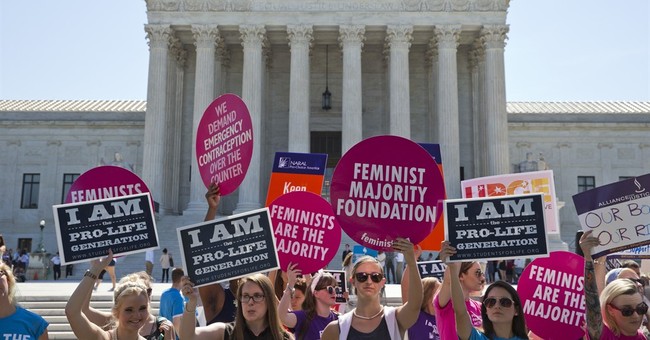 After weeks of indecision, the Supreme Court has ruled on Whole Woman’s Health v. Hellerstedt. The legislation in question, HB2, requires abortion clinics to obtain admitting privileges from local hospitals as well as meet building specifications - guidelines which would shutter dozens of abortion clinics in the state. The rule was upheld in a 5th circuit court. On Monday, however, the Supreme Court struck down the law in a 5-3 vote.

This decision has national implications.

Ahead of the ruling, abortion rights groups argued the clinic restrictions placed an undue burden on women seeking abortions. Pro-life groups, however, say the bill was a commonsense way to ensure clinics are not subjecting patients to unsanitary conditions. Texas Right to Life has responded.

SCOTUSblog offered a breakdown of the justices' individual decisions.

Only Justice Thomas would have upheld the Texas statute outright. Roberts and Alito would require greater analysis and findings.

As for Justice Anthony Kennedy, his vote to strike down Texas abortion regulations, in addition to his decision to uphold affirmative action last week, clearly indicates an ideological shift to the left.