As Brits Vote to Leave or Remain in EU, the Pound Crashes 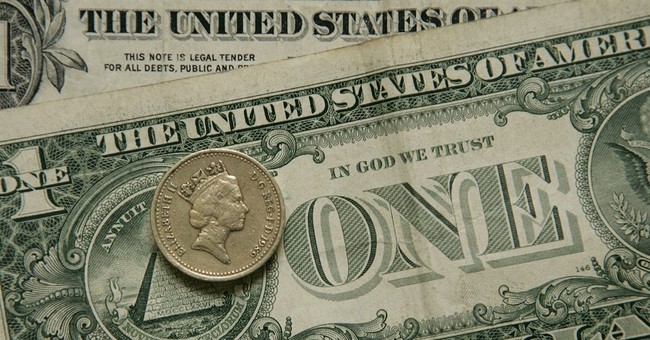 Update: "Leave" is ahead with 50 percent of the votes tallied, bumping the probability of a UK exit from the EU to 80 percent.

I now dare to dream that the dawn is coming up on an independent United Kingdom.

Farage is also calling for Prime Minister David Cameron to resign if the UK votes to leave the EU. Cameron had urged Britain to remain.

Nigel Farage makes it clear that he thinks the PM should go. pic.twitter.com/r8myVdgx0j

The votes are currently being tallied in the "Brexit" vote that will determine whether or not Great Britain remains in the European Union. After a particularly surprising result in northeast England's Sunderland, which gave the "Leave" camp a major victory, the British pound plunged.

This marked the pound's biggest drop since 2009, Bloomberg notes.

Right now, the "Leave" campaign is stronger than anticipated.

The early Brexit voting is also having a major impact on the U.S. stock market.