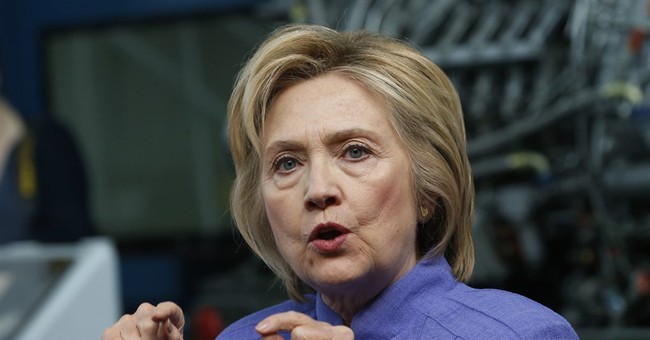 Hillary Clinton challenged Donald Trump’s economic record during a speech in Columbus, Ohio Tuesday morning after offering her own plans for the country.

Thanks to Obama’s leadership and resilience of Americans, the former secretary of state said, 14 million private sector jobs have been created in six and a half years.

Yet, there is much work to do.

“America’s economy isn’t yet where we want it to be,” she said. “Inequality is too great and wages are too low.”

Clinton said she will offer a detailed plan to tackle these issues on Wednesday in North Carolina,. "I actually offer specifics because they matter," she said.

Her record proves she is prepared for the challenge, Clinton insisted.

She “helped break down barriers” for the poor as a lawyer and “fought for health insurance for all” as First Lady.

Then, she contrasted her supposedly successful efforts to Donald Trump’s “reckless” economic record.

Earlier this month, Clinton said Trump’s foreign policy proposals were dangerous. “But you might think because he’s spent his life as a businessman,” he’d be good for the economy, she noted. That notion, she sighed, is unfortunately not true.

“Debt will explode and stock prices will plummet,” Clinton predicted of a Trump presidency.

For instance, he has "no credible plans" on infrastructure, or helping rural and urban communities facing poverty and neglect.

It’s not just liberals arguing Trump would send us back to the recession, she continued. Mitt Romney and Elizabeth Warren are among his economic critics.

Ahead of the speech, the Clinton campaign released an ad exposing Trump’s unflattering economic record entitled “Bad Businessman.” The ad reminds voters how he “bankrupted” and drove businesses into the ground and once talked about being the “king of debt.”

“Donald's businesses have been good for him, but not for everyone else," the ad insists.

"We can't let Trump bankrupt us like we are one of his casinos," Clinton said during her Tuesday speech.

Trump is expected to give his own speech this week on the election, part of which, rest assured, he will use to respond to Clinton’s sharply worded remarks.