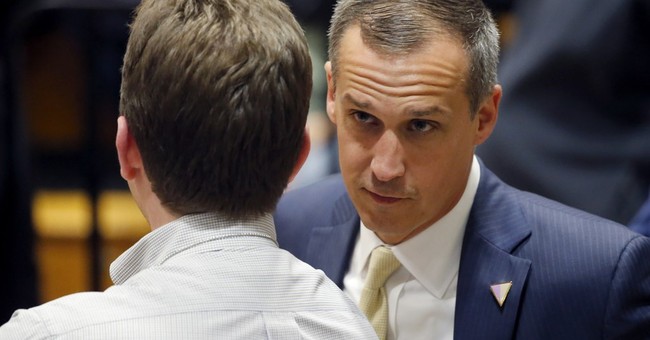 Bash asked him bluntly if he was “surprised” or “blindsided” by Monday’s firing.

He “doesn’t know” if he would call it blindsided, he said, blaming the media for trying to hype up the report.

Lewandowski then expressed no regret for working with Trump and praised the candidate's work ethic.

“It’s been an honor and a privilege to be a part of this,” Lewandowski said.

“Mr. Trump deserves the very best,” he continued. “He’s put his life and his fortune into this campaign.”

“I think Donald Trump is going to be the next president of the United States,” he concluded.

Bash then asked Lewandowski to respond to reports that Trump’s family played a major role in removing him from the campaign.

People are entitled to their opinions, he responded.

“I’ve always had a great relationship with the family and I will continue to do so.”

It seems Lewandowski did, however, have bad blood between members of Trump’s team. Trump adviser Michael Caputo, for instance, celebrated Lewandowski’s firing on Monday by tweeting “Ding dong the witch is dead.”

Lewandowski dismissed Caputo as simply being a volunteer who has no formal authority in the campaign.

Other reports suggested Paul Manafort is set to replace Lewandowski, noting that the two had a hostile relationship with vastly different opinions regarding the direction of the campaign. Again, Lewandowski denied the media reports.

“We got along amazingly well,” Lewandowski said.