Orange County Sheriff: Search Will Continue Until We Find the Boy’s Body 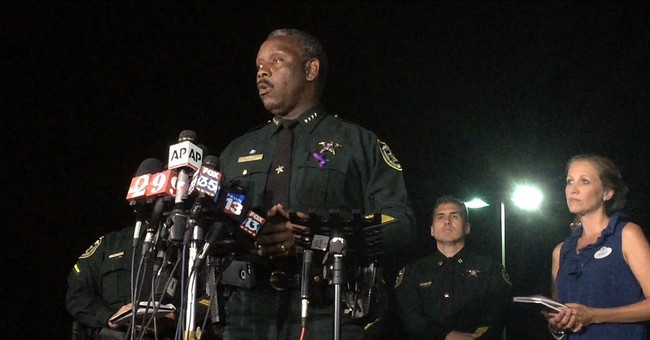 Update: The boy's body has been recovered, according to CNN.

At about 1:45 p.m. Wednesday, members of the Orange County dive team located what is believed to be the remains of the 2-year-old who was attacked by an alligator in Disney World's Seven Seas Lagoon, Orange Country Jerry Demings informed the press. The body has been turned over to the Orange County medical examiners' office for an autopsy.

Demings identified the parents as Matt and Melissa Graves from Elkhorn, Nebraska. The young boy was identified as Lane Graves.

"It was a tough message to deliver," Demings said.

It's unthinkable, but Orlando, FL has suffered its third tragedy in a week. In Disney World's Seven Seas Lagoon on Tuesday night, a 2-year-old boy has been snatched by an alligator and dragged underwater.

At a press conference on Wednesday afternoon, Orange County Sheriff Jerry Demings somberly noted that “they’ve never had something like this happen before.”

“This is certainly very concerning,” he said. He did, however, note how helpful it was for Disney World to make the decision to close its beaches as they embark on their search effort. Closing these nine different properties will allow them to search without having to worry about other boats on the waterways.

In terms of specific search efforts, Florida Fish and Wildlife's Executive Director Nick Wiley said experienced alligators trappers are on the scene, bringing alligators out of the water to search for the boy. These alligators have to be euthanized in order for the rescue teams to search in the animals’ bodies.

“We will continue to search until we find the body,” Demings said.