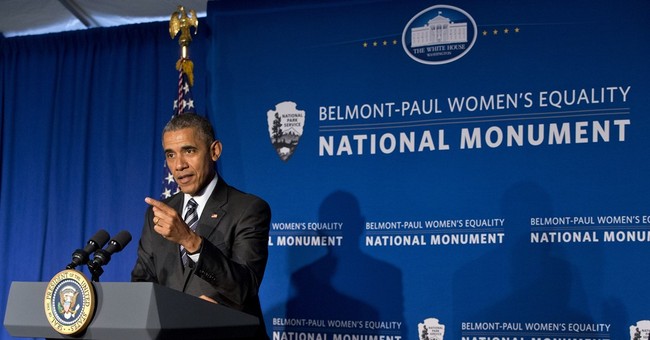 Tuesday marks the very first White House United State of Women summit in downtown Washington, D.C. Thousands of attendees will hear from the president, the vice president, the First Lady, political figures and popular celebrities like Oprah Winfrey. The gathering is intended to pursue policies that help expand opportunity for women both in America and around the globe, according to the White House.

One of the president's first initiatives at the summit is to introduce the Equal Pay Pledge, reads a new statement from the office of the press secretary.

Each company signing this pledge commits to take action within their organizations by conducting an annual company-wide gender pay analysis across occupations, reviewing their hiring and promotion processes, embedding equal pay efforts into broader enterprise-wide equity initiatives, and identifying and promoting other best practices that will help ensure wage fairness for all workers.

So far, 28 companies have signed on, including Amazon, American Airlines and PepsiCo.

The Obama administration is expected to reveal a host of other initiatives throughout the summit intended to tackle "gender-based discrimination" in the workplace.