Mateen’s Father: My Son Wasn’t Radical…'He Doesn’t Even Have a Beard’ 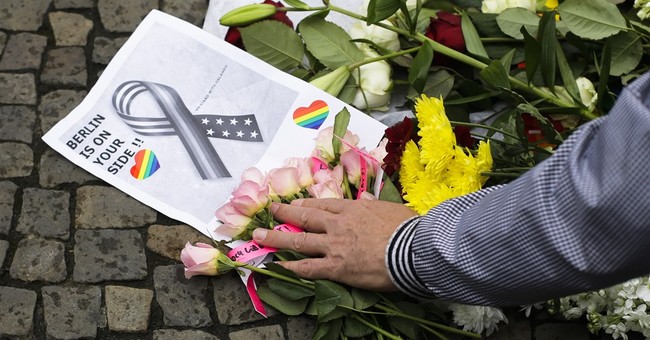 Seddique Mateen, the father of Omar Mateen, the Orlando shooter who murdered 50 people at a gay nightclub on Sunday, insisted on Monday that his son was not a radical terrorist.

“I think he just wanted to boast of himself,” the elder Mateen told The Post late Sunday in an interview from his home in Port St. Lucie, Fla. “No radicalism, no. He doesn’t have a beard even ... I don’t think religion or Islam had anything to do with this.”

Seddique said his son’s barbaric actions were not due to his religion, but was a spontaneous reaction to seeing two men kissing.

Yet, reports indicate that Mateen called 911 during Sunday’s attack to pledge his allegiance to ISIS. As for the terror cell, they celebrated his actions on social media.

This context exposes the faultiness of Seddique's analysis. As for the older Mateen, he has been tied to terrorism as well, even once expressing sympathy toward the Afghan Taliban, the Washington Post reports.

Seddique said he plans to travel to Orlando to try and comfort Sunday’s victims, but understands if they are “not ready” to accept his apology.

GOP Rep. Makes a Prediction About Biden's Presidency
Townhall
BREAKING: Simone Biles will not compete in the U.S. Gymnastics Women's Team Final; Update: A 'mental issue'?
Twitchy
Congressman Reveals What He Said and Did to Officer Who Shot Ashli Babbitt
Redstate
The Morning Briefing: It's a Good Time to Purge the 'Pelosi Republicans'
PJ Media