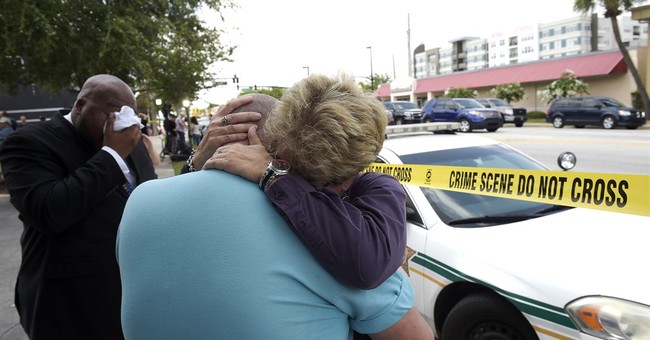 Evidence proves that the shooter who killed 50 people at a gay night club in Orlando on Sunday called 911 and pledged allegiance to ISIS. Other reports reveal that the terror cell has claimed responsibility for the mass murder. The facts haven't stopped some, however, from blaming the carnage on the "Christian right." Chase Strangio, a lawyer for the ACLU's LGBT & AIDS Project, is convinced they're the real enemy.

The Christian Right has introduced 200 anti-LGBT bills in the last six months and people blaming Islam for this. No. #PulseNightclub

You know what is gross - your thoughts and prayers and Islamophobia after you created this anti-queer climate.

The popular liberal group Occupy Democrats promoted Strangio's tweet on their Facebook page, before taking it down after roughly two minutes.

This election should be about violence and intolerance in the US and around the globe.

This election should not be about Islam and Muslims.

In case you're wondering whether Strangio, Kohn and other progressive figures have apologized, after more reports have surfaced proving Sunday's deaths came at the hands of radical Islamic terrorists, one look at the rest of their Twitter timelines will disappoint you.

Don't use queer death to fuel your hate. pic.twitter.com/EhGs9vk3R3