CBS' Scott Pelley to Hillary: You Are Your Biggest Obstacle 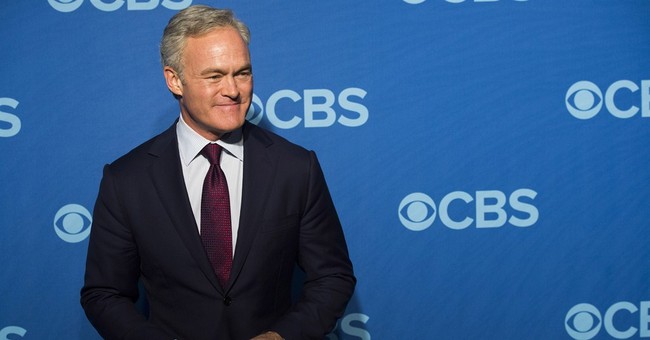 Hillary Clinton’s trustworthy numbers are so bad even the mainstream media has noticed. The “Today” Show’s Matt Lauer couldn’t help bringing it up in their sit-down interview in April. "Eighty-nine percent of people said they thought Bernie Sanders was basically honest; 58 percent said that about you,” he reminded her.

On Wednesday night, Scott Pelley also confronted the presumptive Democratic nominee with some unfortunate statistics. He informed her that a CBS poll found her to have the worst honesty numbers of any Democratic presidential candidate since they started the survey in 1984.

Is she ready to claim responsibility for those numbers? he wondered.

"Oh, I'm sure I do, but I think -- When I was secretary of state and serving our country, I had an approval rating of 66 percent, and I think it's fair to ask, 'Well, what's happened?'" Clinton responded. "And what's happened is tens of millions of dollars of negative advertising and coverage that has been sent my way."

Pelley and Clinton also discussed her honesty issues back in February, when she told him she has “tried” to be truthful with the American people. Well, election polls prove she needs to try harder.

Throughout the primary, state after state let Clinton know they didn’t trust her – even in contests she won. The exit polling from the Nevada caucus was especially cruel.

Per NBC exit polls, 84% of people who prioritized "honest and trustworthy" supported Sanders.

What's worse for Clinton, a sizable amount of Sanders' supporters have made clear that they don’t intend to vote for her in November.

Clinton’s long trail of scandals and ongoing FBI investigation will be hard to overcome in the general election. Granted, Donald Trump is not exactly squeaky clean, but at least he can’t be accused of being a power-hungry politician.