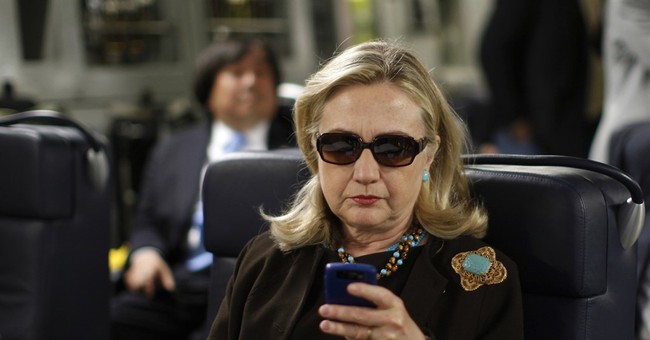 In what may be the most ironic tweets in history, Hillary Clinton has told Donald J. Trump to delete his account after the presumptive GOP nominee sounded off on President Obama's official 2016 endorsement.

Given the fact that the former secretary of state used an unsecure private server to handle classified national security intel and then "wipe" it clean, deleting thousands of emails in the process, the lack of awareness here is astounding.

Here are a few of the best reactions to Clinton's latest tweet, featuring our very own Matt Vespa.

You should be the last person mentioning the word "delete," madam secretary https://t.co/1rKtHzsz7J

CORRECTION: Move your account to a private server. https://t.co/9etQOA44vi

Update: RNC Chair Reince Priebus has given us another gem.

.@HillaryClinton If anyone knows how to use a delete key, it's you.