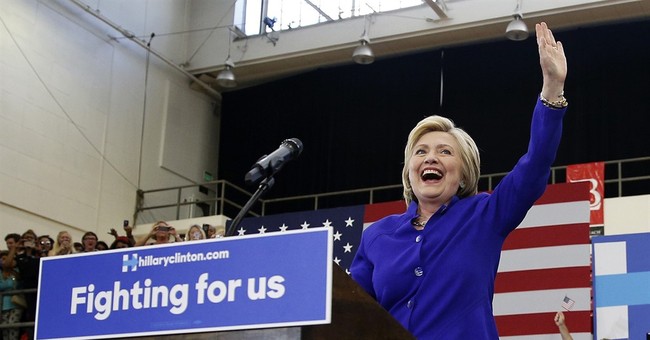 Bernie Sanders may have won the North Dakota caucus Tuesday night, but Hillary Clinton has emerged as victor in the South Dakota primary. NBC News and the Associated Press called the race just shy of midnight (eastern time) on Tuesday.

"This is the exclamation point the Clinton campaign wanted," noted CNN's John King.

It was her win in New Jersey, though, that secured her the Democratic nomination, making her the first female U.S. presidential nominee for a major political party.

In her speech in Brooklyn, NY, Tuesday night, she applauded her opponent Bernie Sanders for a hard fought campaign, while also telling supporters she was ready to break the political "ceiling."