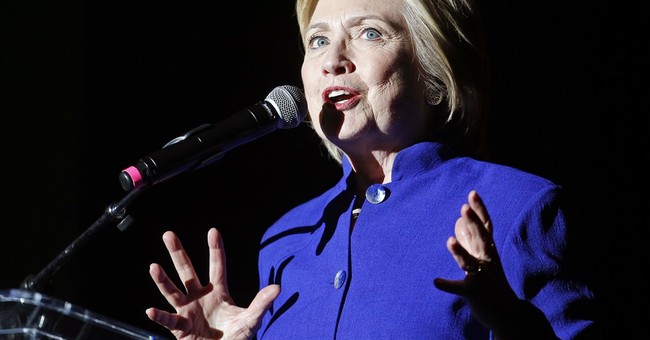 Update: Fox News, CNN, and the Associated Press have called the race for Hillary Clinton.

Original Post: Even though Hillary Clinton became the presumptive Democratic nominee on Monday night, according to the Associated Press’ tally of delegates, voters in six states headed to the polls on Tuesday in the last large, multi-state primary of the 2016 election.

In New Jersey, Clinton was up by double digits—27 points—in a CBS News/YouGov poll released on Sunday, so it’s likely she’ll win the state outright.

With 126 delegates up for grabs, New Jersey awards the second largest prize of the night next to California. As with all Democratic primaries, delegates are allocated proportionally.

Thus, Fox News is already projecting that she will win enough delegates in the Garden State to easily pass the 2,383 needed to clinch the nomination. Since polls closed just moments ago, it’s still too early to call the race.