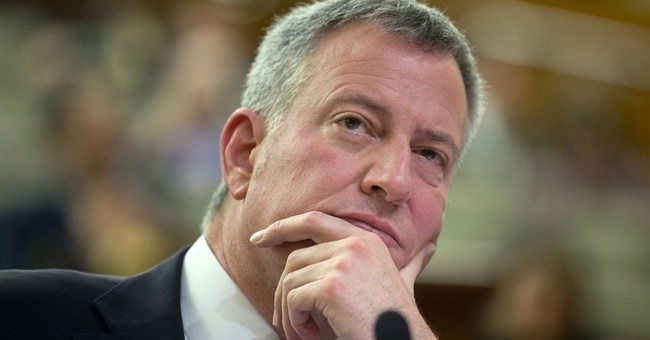 In December, New York City Mayor Bill de Blasio introduced the Gender Identity/Gender Expression Legal Enforcement Guide for businesses, requiring them to acknowledge 31 gender identities. This week, the city's Commission of Rights outlined a new list of gender pronouns, including terms such as “bi-gendered,” “femme queen,” “genderqueer,” and “gender gifted.” Should employers fail to recognize these identities, they will face thousands of dollars in fines.

Here is just one example of what the commission cites as a violation.

Prohibiting an individual from using a particular program or facility because they do not conform to sex stereotypes.  For example, a women’s shelter may not turn away a woman because she looks too masculine nor may a men’s shelter deny service to a man because he does not look masculine enough.

De Blasio is the latest PC police chief to bully citizens into bowing to social justice. America’s ultimate social justice warrior, President Obama, sent a letter to public schools earlier this month demanding they enforce new bathroom and locker room guidelines for transgender students. Boys who identify as girls and vice versa can use whichever facility they feel comfortable in, regardless of birth certificate, the White House ordered. In other words, inclusivity was more important than safety.

Parents were outraged, but that means little to politicians who have a politically correct agenda.

New York businesses are going to be walking on eggshells thanks to the mayor's new policy. With the ever changing gender dictionary, how are employers to know if they’re being insensitive or not? One wrong word and they could be thousands of dollars poorer.