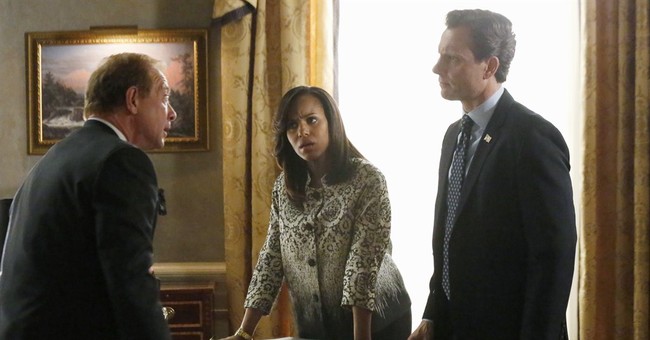 Democratic presidential candidate Hillary Clinton was a guest on Ellen DeGeneres’ talk show for the umpteenth time this week. In past appearances, she has attempted (and failed) to relate to millennials by doing the “Nae Nae.” This time, she was tasked with making some tough decisions on her 2016 running mate.

In a game called "Who Would You Rather," DeGeneres presented Clinton with several sets of pictures – some actors, some politicians, some musicians – and she had to choose between sets of two. A few of her choices were Vice President Joe Biden, “Shark Tank” businessman Mark Cuban, George Clooney and Beyoncé. One of her most interesting choices, however, was between “Scandal” actor Tony Goldwyn, who has campaigned for her, and her primary opponent Bernie Sanders.

“Gotta go with Tony!” Clinton said, before breaking into laughter.

This segment may have been presented as all fun and games, but Clinton’s pick underscores the bad blood between her campaign and Sanders.’ For weeks now, Clinton has bullied the Vermont senator to exit the race so she can focus on the general election. Sanders, however, has proven his presence in the primary, winning several contests and drawing thousands of passionate supporters to his rallies, eager to hear his progressive message.

Sanders has not been afraid to call out Clinton's Wall Street hypocrisy and her waffling on issues important to liberal voters, suggesting he too would be more apt to choose a television star over her as VP.

Considering Clinton's own long list of scandals, it's perhaps not surprising she chose a star from the ABC show.