Gallup: Trump Has a ‘Pro-life’ Problem 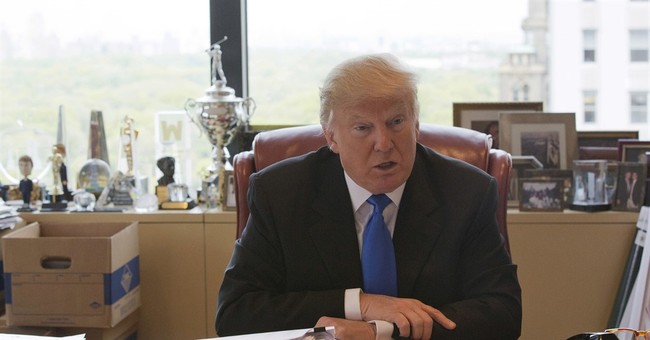 Donald Trump's inconsistent record on abortion has given pro-life voters reason to hesitate ahead of the 2016 presidential election. In a "Meet the Press" interview that aired in 1999, the businessman said he was pro-choice. Now, on the campaign trail, he insists he's pro-life. Yet, he continues to confuse pro-life conservatives by taking positions like defending Planned Parenthood. He rejects their abortion agenda, yet argued the organization has done "very good work" for millions of women. As a result of his meandering remarks on the issue, a new Gallup poll reveals that pro-lifers just don't know what to think of him.

Sixty-three percent of Americans who describe themselves as "pro-life" are unable to say whether they agree or disagree with Trump on the abortion issue. The rest are about equally divided between agreeing (19%) and disagreeing (18%) with him.

Trump is, however, making an effort to court the pro-life vote. He hired John Mashburn, an impressive pro-life advocate, as his policy advisor. Then, on Wednesday, he released a list of of potential Supreme Court picks he'd nominate if he was president and right-to-life organizations like Susan B. Anthony List praised his choices.

“This is an exceptionally strong list of jurists with immense respect for our founding documents," said SBA List President Marjorie Dannenfelser. "We are encouraged by Mr. Trump’s repeated pledges to appoint constitutionalists, which stands in sharp contrast to Hillary Clinton’s position. There is no question Clinton would only nominate judges who stand in lock-step with the abortion lobby and would strike down even the most modest abortion limits."

In other words, pro-lifers should focus on uniting against Hillary Clinton, whose pro-abortion record is unfortunately all too consistent.