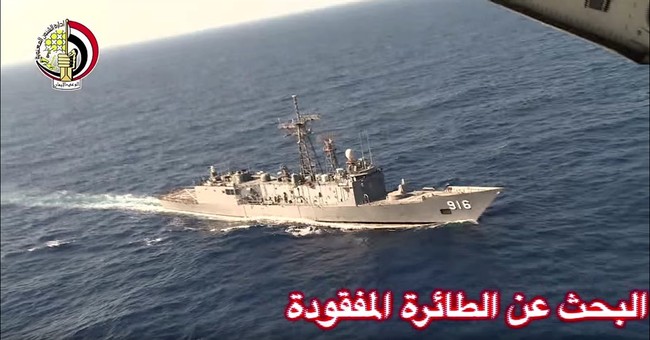 Update: The pilots have been identified.

After a false alarm Thursday when search teams found debris that turned out not to be from from EgyptAir Flight 804, it now seems the Egyptian Army has located debris and "personal belongings" that did belong to passengers of the downed plane.

The debris was found around 180 miles (290 kilometers) north of the port city of Alexandria, Egyptian army spokesman Brig. Gen. Mohammed Samir said in a statement posted on his Facebook page. Egyptian jets and naval vessels continued to search for further debris from the downed Airbus 320, he said.

The cause of the flight's disappearance has yet to be confirmed, but aviation officials are all but convinced it is terror-related. Minutes before it was scheduled to land in Cairo, the EgyptAir plane suddenly jerked downward several thousand feet and then spun rapidly, as if someone had forced themselves into the cockpit and took control of the aircraft.

Until search teams find the plane's black box, we may not know for sure. The U.S. Navy is helping in this effort.