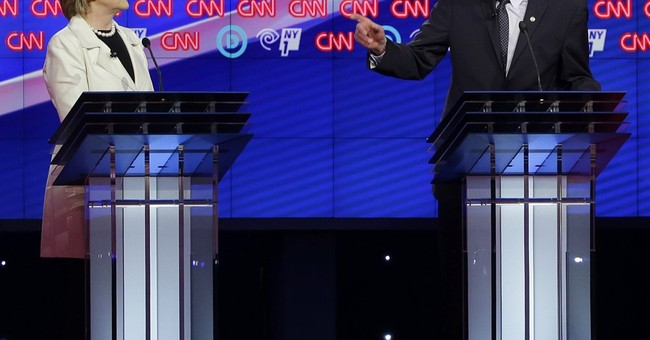 The last time Democratic presidential candidates Bernie Sanders and Hillary Clinton faced off in a debate, fireworks flew for a full two hours. Sanders, who was on a double-digit winning streak at the time, challenged Clinton more than ever before, exposing her inconsistencies on the minimum wage and her cozy ties with Wall Street. Clinton was clearly peeved at Sanders’ prodding, shouting over him on several occasions. Now, the Vermont senator who has shaken up the Democratic race wants to meet Clinton on the stage once more before the important California primary. His campaign manager Jeff Weaver argued that the voters deserve nothing less.

“More than half way through the month of May, we hope Secretary Clinton will soon make good on her campaign’s commitment and agree to a time and pace for a debate,” Weaver said in the statement.

“There are issues of enormous importance facing the people of California and our nation and the people of our largest state deserve to hear the Democratic candidates [sic] opinions."

Clinton, however, has plenty of reasons for wanting to skip the debate. She is already dealing with the bad optics of being stuck in a bitter primary fight as Donald Trump enjoys the title of presumptive GOP nominee. She just lost the Oregon primary to Sanders and barely squeaked out a win in Kentucky.

Clinton needs just 90 more delegates to secure the nomination, so a win in California, which offers 475 pledged delegates, would put her far past the goal line. Why jeopardize a victory with another hostile debate?