Gates Slams Trump’s EgyptAir Response: ‘You Have to Learn to Wait’ For Information 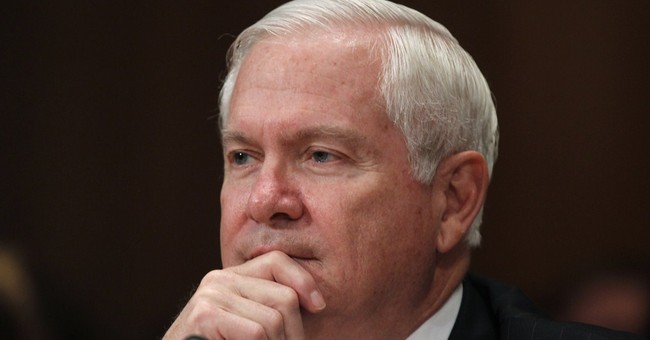 Couric shared Trump’s tweet on Thursday morning in which the presumptive GOP nominee linked the EgpytAir crash to terrorism before a cause had been confirmed by aviation officials.

Looks like yet another terrorist attack. Airplane departed from Paris. When will we get tough, smart and vigilant? Great hate and sickness!

Couric asked Gates to respond to Trump’s quick conclusion and whether it foreshadows how he would behave as president.

“I hope it doesn’t indicate how he’ll act as president,” Gates responded.

“You have to learn to wait” until you get reliable information before you speak publicly, Gates insisted.

Couric, who clearly had an agenda, pressed Gates on the issue. “Measured” isn’t a word related to Donald Trump, she said. Can he develop the necessary discipline to be a sound leader, she asked him.

“I don’t know,” Gates said, adding that it depends who he surrounds himself with. A president must rely on other’s instincts such as his national security advisor, not just his own.

Right now, he is relying on “ill-informed bluster and threats,” Gates said.

"Do you worry he would react too quickly or aggressively" as commander-in-chief?, Couric asked the defense secretary.

While Gates spent several minutes criticizing Trump’s rhetoric, he did admit that the Democrats aren’t talking about foreign policy at all. “Neither” of the parties’ candidates’ foreign policies give him confidence, he sighed.

While he said Hillary Clinton is “tough-minded,” he doesn’t know why she thought using a private server as secretary of state was a good idea.

“The email thing is a concern in terms of judgment,” he said. “It was an error in judgment.”

“I would not go that far,” Gates said.