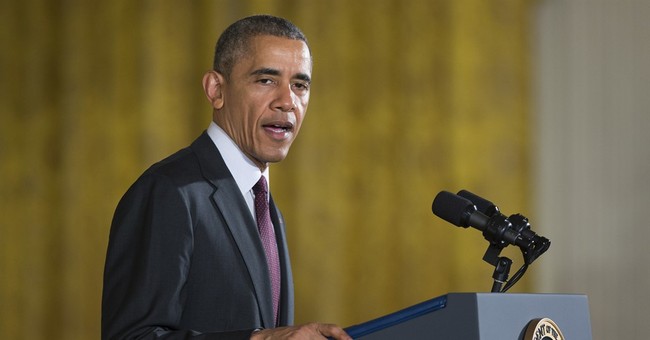 President Obama’s dangerous bathroom mandate is getting pushback not just in Congress and the media - but in church pulpits. His liberal agenda-gone-too-far has emboldened pastors around the country to sound off in their sermons against a directive that is not only unconstitutional, but morally wrong. Michael Anthony, lead pastor of Grace Fellowship Church in York, PA and creator of Godfactor.com, is one of the first religious leaders to demand Christians hold the president accountable for putting social experimentation over children’s safety.

In his conversation with Townhall on Monday, Anthony began by exposing how the White House’s bathroom decree clearly violates the 10th Amendment.

“By issuing a directive and not a law, the president knows that,” Anthony said. “But, at the same time by withholding federal funding, he’s acting as if he has the ability to withhold federal funding for people violating something that’s not even a law. It’s very dangerous.”

This, despite the president constantly bragging about being an expert on law.

When the Obama administration told every public school in the country that students who identify as transgender can use whichever restroom and locker room they want, parents and school administrators gasped. Texas Lt. Gov. Dan Patrick said the decree would be "the beginning of the end of public school system," while a school superintendent said the directive was going "straight to the paper shredder."

“I think he is bullying God,” Anthony said. “He is forcing his redefinition of sexuality on everybody, regardless of their religious beliefs.”

The president, Anthony continued, is "acting like a theologian while being a politician." So, as a pastor, Anthony has every right to speak about this situation because Obama has "forayed into his territory."

Silence from Christians, he said, is not going to cut it.

“We haven’t spoken up on issues when we should have," Anthony admitted. "We’ve reached a ‘we must obey God rather than man moment’ in the United States of America. Christians should be concerned about upholding the law. We’ve got a problem now where we have somebody who is violating the written laws of the land. Christians have to determine are we going to follow the leader who is sidestepping the law, or do we obey the law as it’s clearly written?”

A few concrete ways to make a difference, the pastor said, is to write your representatives and senators and speak up at school board meetings. "Let our voice be heard," he urged.

Christians should not only speak out against immoral laws, but repent of their own sins, the pastor said. He is leading the charge by holding a National Week of Repentance.

"God put it on my heart after soul searching, the sin in my own life," Anthony said.

Thirty-three states participated in the first Week of Repentance this April. It’s hard not to notice the significant dates of the second go-around – October 30-November 6, one week before the election. Learn more about the movement here.

"If we really want to see God move, we as a people need to move, and that begins with repentance," Anthony explained. "The solution is with God’s people humbling themselves."

Anthony wants Americans to remember that real change doesn’t come in the White House – it occurs in God’s house.