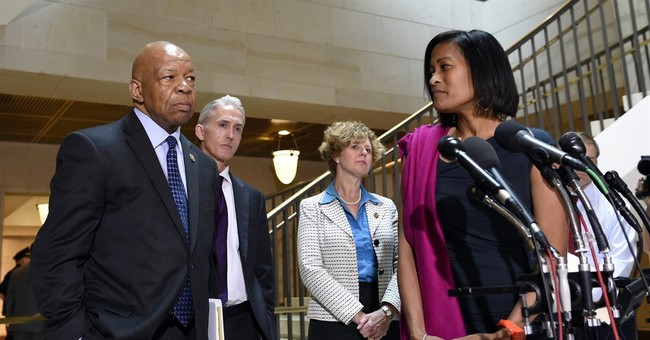 The FBI investigation into former Secretary of State Hillary Clinton’s private server is already laced with tension. Clinton’s former chief of staff Cheryl Mills, who investigators initially praised as a cooperative witness, surprised them by walking out of her interview after she and her lawyer thought the questioning went a bit too far.

Near the beginning of a recent interview, an FBI investigator broached a topic with longtime Hillary Clinton aide Cheryl Mills that her lawyer and the Justice Department had agreed would be off limits, according to several people familiar with the matter.

Mills and her lawyer left the room — though both returned a short time later — and prosecutors were somewhat taken aback that their FBI colleague had ventured beyond what was anticipated, the people said.

The question reportedly had to do with procedures used to provide emails to the State Department, notes The Washington Post.

Is this just a small indication of Clinton and her team’s lack of accountability? Brian Pagliano, Clinton’s former IT specialist who set up her private server in Chappaqua, NY, was granted immunity in March and this week the State Department announced it can’t find his emails.

As for the former secretary of state, she has refused to admit that her lazy use of a private server exposed classified information and jeopardized our national security. It’s a non-issue, she continues to insist on the campaign trail.

Well, maybe voters will walk out on her.