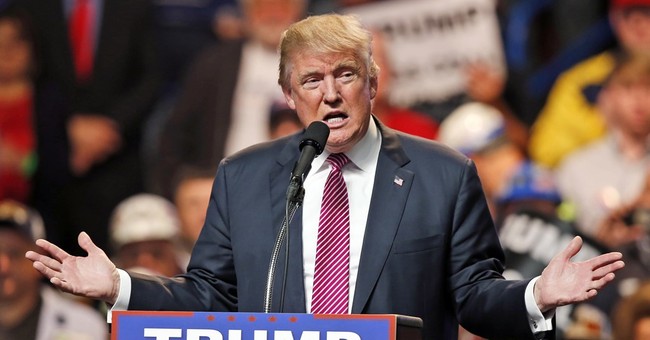 Former presidential candidate-turned-Donald Trump-surrogate Ben Carson suggested on Thursday that Trump may consider a Democrat or an independent as his running mate.

“We would consider people who are Americans and who put America first,” Carson said.

On “Fox and Friends” Friday morning, however, Trump said Democrats were not an option.

“I would rule them out,” Trump responded without hesitating.

“We want to have a great ticket,” he continued, arguing that we’ve had Democrats behind the wheel for too long and all they’ve managed to do is tank the economy.

One particular Republican Trump appears to be considering for VP is Sen. Marco Rubio (R-FL). Unbound delegates in Louisiana who support Rubio indicated they will only back Trump if he takes a look at Rubio, “Fox and Friends” anchor Ainsley Earhardt pointed out.

“I like Rubio,” Trump said, before dismissing their “one-month spat” on the campaign trail.

The businessman also mentioned Texas Gov. Rick Perry, who gave Trump a surprise endorsement on Thursday, calling him one of the “most talented” people who has ever run for president. It was a far cry from last summer, when the governor called Trump a “cancer on conservatism.”

We won’t know who Trump has chosen as his running mate until the RNC convention. We do know, though, that it will not be another outsider, but someone with an impressive amount of political experience.