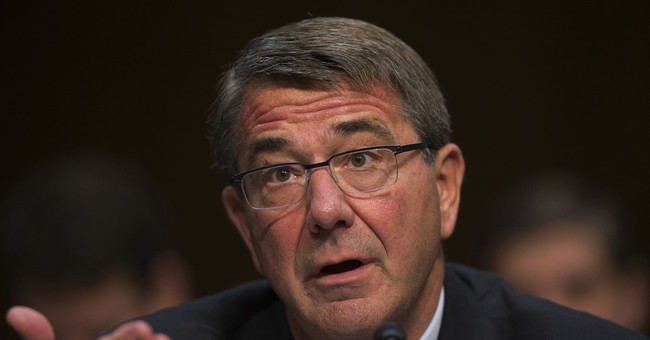 Defense Secretary Ashton Carter apparently does not share President Obama’s promising assessment of the fight against ISIS. The commander-in-chief recently said that our battle against the terror cell was accelerating and that we have made important strides against them. For example, in December, Obama admitted more progress needed to be made, but quickly pointed out that U.S. airstrikes resulted in the terror group losing 40 percent of territory it had claimed in Iraq. In the same speech, he told ISIL leaders that they “cannot hide” and the military was coming for them next, suggesting some kind of end was in sight.

At a ministerial meeting in Stuttgart, Germany on Wednesday, Carter took a much different tone.

"While we have gathered momentum since our ministerial in Brussels, this fight is far from over," Carter said.

Carter’s warning is perhaps most aptly noted by the death of Charles Keating IV, the 31-year-old Navy SEAL who this week became the third U.S. serviceman to die fighting ISIS.

“We are putting people at risk every day,” Carter said, before addressing the White House’s recent announcement to send 250 more troops to Syria. While those troops will primarily be advising local forces on the ground, the defense secretary noted some combat cannot be avoided.

Will the president be as candid as Carter in his next foreign policy address?