Panetta Reflects on Bin Laden Raid: I Wouldn’t Have Guessed Al Qaeda Would Metastasize Like It Has 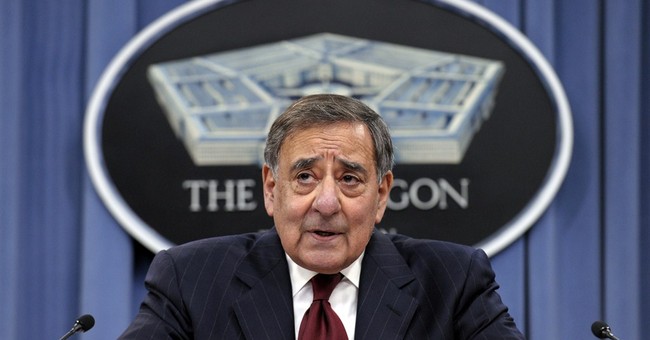 Five years ago on Monday, justice was served. It was the day President Obama gave the order to send a group of Navy SEALs into Abbottabad, Pakistan to find and kill Osama bin Laden, the Al Qaeda leader behind the September 11 terror attacks.  In a new CNN special Monday night entitled "'We Got Him': President Obama, Bin Laden and the Future of the War on Terror," Obama offered new insight into the minutes and hours leading up to the decision to give the green light on the successful raid.

“Everybody had had their say by the time I made my decision,” Obama told CNN’s Peter Bergen.

“We had prepared as well as we could,” with the limited information they had received, he added.

Former CIA Director Leon Panetta joined Wolf Blitzer on CNN Monday night ahead of the network special to weigh in on the new developments. What is Panetta surprised to know about the terror threat now that he didn’t know then? Blitzer wondered.

“I would not have guessed Al Qaeda would have metastasized as it has,” and give way to even more terrifying terror cells like ISIS.

While there continue to be elements of Al Qaeda that are dangerous, ISIS, he said, is a clear and present danger that deserves more of our attention. Al Qaeda was a central threat, but ISIS is dispersed and more difficult to track, he explained.

Blitzer also asked Panetta why the U.S. has not been able to capture Al Qaeda leader Al-Zawahiri.

“It’s not for lack of effort,” Panetta said. The former CIA director thought it would be a “matter of time” before we pinned him down and he’s “not sure” why it hasn’t happened. Yet, he is confident they will find him.

One other interesting exchange between Panetta and Blitzer came when the CNN anchor asked if the former CIA leader thinks Pakistani leaders were intentionally hiding Bin Laden.

“I’ve never seen clear evidence,” Panetta answered. “But I’ve always suspected someone down the line… knew he was located in that area.”