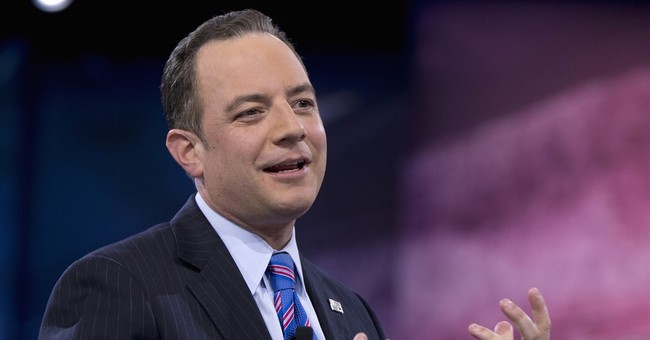 The Republican National Committee Chairman Reince Priebus has been chosen as one of TIME Magazine's 100 Most influential leaders in 2016. House Speaker Paul Ryan, who also made the list, commended the chairman, and fellow Wisconsinite, for his innovative leadership.

"Reince Priebus has almost single-handedly turned the Republican National Committee around. That success—and the doggedness behind it—doesn’t surprise anyone who knows him."

Since assuming the title of chairman, Priebus has helped the RNC pay off its $25 million in debt and overhaul the party's digital infrastructure.

“Being included on this prestigious list is a great honor that not only reflects the importance of the Republican Party but also the talent and dedication of the staff at the RNC,” Priebus said in a statement. “This recognition would not be possible without the hard work Republicans at all levels have done to elect historic numbers of GOP officeholders and prepare to take back the White House. I also am grateful for the support of the 168 RNC Members who have helped lead important changes and put their confidence in me as chairman for the past five and a half years. The RNC we have built together has never been better prepared or organized to win a presidential election, and this award speaks to that progress."

Priebus wasn't the only conservative to make the list. South Carolina Gov. Nikki Haley was also featured as one of TIME's most powerful leaders. Sen. Lindsey Graham wrote her a glowing review in the magazine, highlighting her leadership during the church shooting in Charleston as well as the controversy over the Confederate state flag.

"From shaking up the system to providing kindness and understanding to the individuals and families affected by these tragedies, she put a face on South Carolina that we were all extremely proud of."

Other leaders featured on the list included President Obama, Secretary of State John Kerry and all of the 2016 presidential candidates - except John Kasich.