After Panel Proves That Planned Parenthood Profits From Fetal Tissue, Shaheen Demands it be Disbanded 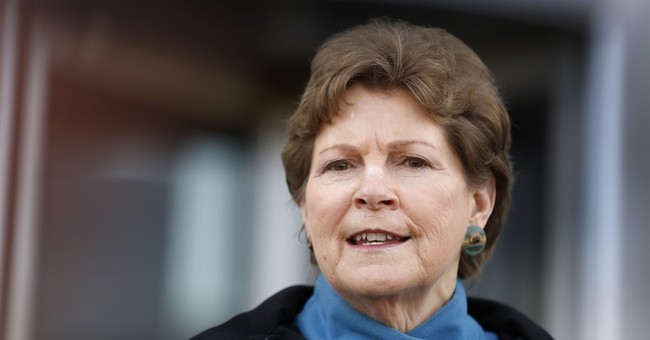 A new report from the U.S. House Select Panel on Infant Lives, a committee spearheaded by Rep. Martha Blackburn (R-TN), released a shocking report Tuesday that confirms the Center for Medical Progress' investigative findings into Planned Parenthood, which was released last summer. The pro-abortion organization is profiting from fetal tissue procurement.

Despite the evidence, Sen. Jeanne Shaheen (D-NH) appeared to testify during Wednesday’s hearing on the report to demand the panel's disbandment.

“This panel was formed with political motivations,” Shaheen insisted. Blackburn and her fellow panelists have “little interest in unbiased investigation” and are only using the committee as an opportunity to attack health care providers, she continued.

The senator wasn’t quite done, accusing the panel of “undermining women’s access to health care” and being an “inappropriate, misuse of federal resources.”

If Shaheen wants to discuss a misappropriation of federal funds, let’s discuss Planned Parenthood. The organization receives a half billion dollars a year and then proceeds to perform over 300,000 abortions annually.

As for that CMP investigation, Shaheen adamantly believes they relied on “deceptive, highly edited videos” to smear Planned Parenthood.

Sen. Ben Sasse (R-NE) followed Shaheen’s testimony and exposed her faulty accusations. The evidence shows Planned Parenthood is profiting from the sale of fetal issue and that "matters."

“Our humanity should be repulsed,” he said.

“Here on this, we can and should agree: Babies are not the sum of their body parts," he concluded. "They’re meant to be welcomed and nurtured.”

Lawmakers know that the first step to stopping Planned Parenthood's dangerous agenda is to strip its funding. Thankfully, the Government Accountability Office has accepted a request to investigate how taxpayer dollars are distributed to the organization.

"What we learned from today’s hearing is that Planned Parenthood and their business partners like StemExpress are engaged in a rampant, illegal, and horrific enterprise that harvests, trafficks, and sells aborted babies’ hearts, lungs, and brains for profit. The undercover video admissions by senior level Planned Parenthood officials only scratch the surface of this barbaric trade—the financialdocumentsuncovered by the Select Investigative Panel on Infant Lives prove that Planned Parenthood profited from trafficking fetal organs and tissues. We now know the criminal trade in body parts is spread nationwide throughout the abortion industry, with nearly 1 in 5 abortion clinics selling baby parts to StemExpress. Even the pro-Planned Parenthood witnesses called by the Panel minority agreed that a robust investigation should seek testimony and accounting documents from Planned Parenthood. We applaud the Select Investigative Panel for their excellent work on this important issue and encourage all levels of government and law enforcement to move forward quickly and decisively to ensure that those who sell aborted baby parts for profit are brought to justice under the law." David Daleiden