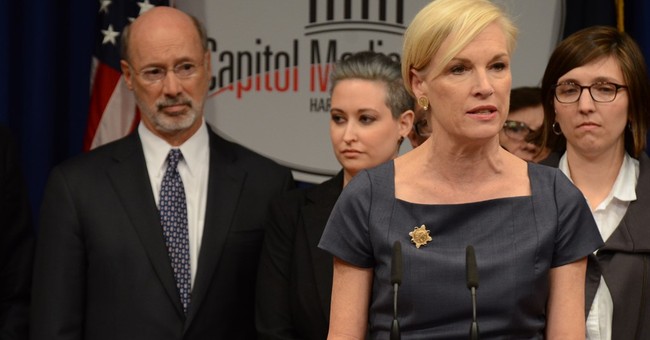 Last month, over 120 members of Congress issued a request to the Government Accountability Office to investigate the federal dollars being doled out to Planned Parenthood every year. The effort was spearheaded by Reps. Diane Black (R-TN) and Pete Olsen (R-TX), along with Sen. David Vitter (R-LA). Specifically, the legislators wanted to know how the funds were made available and the federal agencies associated with them. The lawmakers are entitled to this information, they insisted, since the Obama White House has often claimed to be open and transparent. Thankfully, they didn’t have to put up much of a fight. The GAO complied, noting how the legislators' request was “within its authority.”

Over a half billion dollars is saved for Planned Parenthood annually. This should make any pro-lifer shudder. The organization claims to be all about women’s health care, but it can’t gloss over the fact it performs over 300,000 abortions a year. Our government is rewarding this with millions of dollars in resources?

If you need more evidence as to why Planned Parenthood does not deserve your taxpayer money, here’s a chilling reminder about how they treat unborn babies as profit.

This GAO probe is obviously good news for the pro-life movement. However, in its decision to accept the congress members’ request, the GAO noted it will take about seven months to start the investigation. Once it does get underway, the assignment will be under the authority of Ms. A. Nicole Clowers, Managing Director of Health Care.

Rep. Diane Black (R-TN), one of the leading legislators for the request to investigate the funding of Planned Parenthood, was pleased with the GAO’s response, noting that the pro-abortion organization clearly does not fit within the realm of health care.

“As a nurse for more than 40 years, I know that abortion is not healthcare and I am incensed that, year after year, my constituents see their money sent to Washington and distributed to organizations that promote or perform abortions all under the guise of ‘healthcare’ services,” Black said in a statement. “This is a sham and it is an affront to the conscience rights of every American taxpayer.”

Sen. Vitter agrees and looks forward to the GAO's findings.

“For years Planned Parenthood and their pro-abortion allies have deceived the public on how they spend their taxpayer dollars,”said Vitter. “We absolutely need to shed light on how these types of organizations are spending federal funds, and I suspect the forthcoming GAO report will confirm our fears of Planned Parenthood’s inexcusable misuse of taxpayer dollars for abortion.”

Let’s hope this probe will result in some financial consequences.