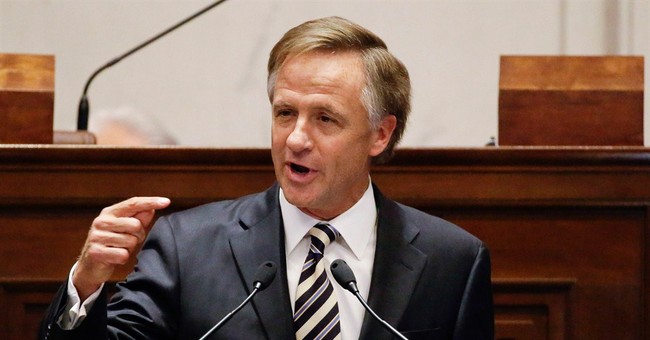 Gov. Bill Haslam (R) has denied his state the opportunity to be the first in the nation to make the Holy Bible its state book. Haslam used his veto power for just the fourth time, he argued, in order to preserve the Bible’s sacredness.

"In addition to the constitutional issues with the bill, my personal feeling is that this bill trivializes the Bible, which I believe is a sacred text," Haslam wrote in a letter to House Speaker Beth Harwell, R-Nashville.

"If we believe that the Bible is the inspired word of God, then we shouldn't be recognizing it only as a book of historical and economic significance," the Republican governor said. "If we are recognizing the Bible as a sacred text, then we are violating the Constitution of the United States and the Constitution of the State of Tennessee by designating it as the official state book."

The ACLU of Tennessee had different qualms about the legislation, arguing it “exploited fear” and was an example of lawmakers pushing their own religious beliefs into law.

The legislature still has time to overturn the governor's veto, should they be so inclined. It wouldn't take much, either, requiring just a simple majority.