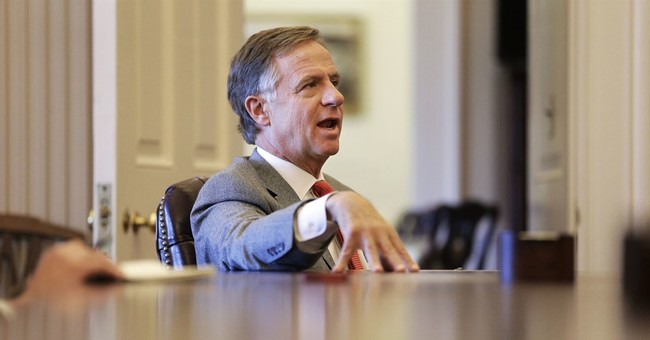 After voting to make the Bible the state book in Tennessee, flabbergasted legislators are asking themselves when the Word became so controversial. Gov. Bill Haslam (R) is struggling over whether to sign the bill or not as The American Civil Liberties Union of Tennessee condemns it as a threatening and exploitative piece of legislation. Here's what the group's executive director, Hedy Weinberg, had to say:

“Most Tennesseans embrace and welcome the progress generated when unique individuals bring their distinct perspectives, ideas and voices to our state,” she said in an interview. “However, some people are very fearful of change, and feel that their way of life is somehow threatened simply because other, different ways of thinking about the world also exist alongside their own. Unfortunately some legislators are exploiting this fear, attempting to codify their own religious beliefs into law.”

It's not just typically liberal groups who are condemning the move, however. Some religious leaders are concerned that Tennessee legislators are trivializing the Bible and run the risk of alienating people who don't identify with a particular religion.

“As a Catholic, as a Christian, we believe the Bible is the inspired word of God, but I also recognize that we live in a pluralistic society and we have a mixture of different faiths,” said Bishop Richard Stika of the Diocese of Knoxville.

In addition to these leaders' very vocal opposition, the Bible bill may also face legal challenges. Tennessee Attorney General Herbert Slatery, for instance, has concluded that the legislation violates the Establishment clause of the Constitution, for it would appear to be endorsing a particular religion.

The bill's sponsors push back against that argument, noting the effort is simply meant to recognize the Bible's cultural and historical influence on Tennessee.

The ACLU is threatening to take legal action should Gov. Haslam go through with the process.