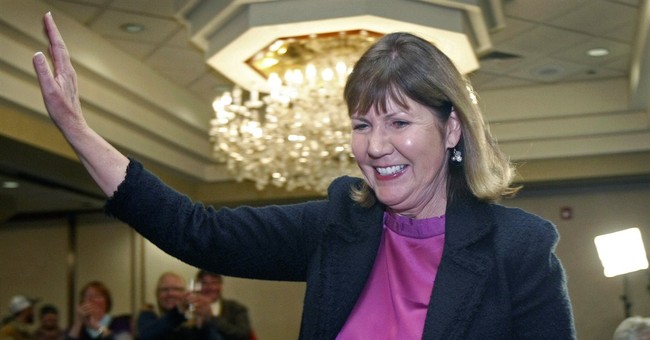 Rep. Ann Kirkpatrick (D-AZ) is challenging Sen. John McCain for his Senate seat and rumor has it she has a good chance of booting the longtime senator from office. Yet, she may have just hurt her chances with her latest proposal: Allow illegal immigrants to work on Capitol Hill.

Kirkpatrick aims to allow people enrolled in the Deferred Action for Childhood Arrivals program to apply for a job in Congress. To not give them the chance, she argued, is inhumane.

“Telling these young people they cannot work in the seat of our government is like telling them they deserve something less than the American dream. That's the wrong message to send — especially from an institution like Congress that could really benefit from their unique abilities and perspectives,” Kirkpatrick said in a statement.

This sounds compassionate and all, but how about those young adults who grew up here legally and dream of working in the nation's capital? Is it fair to them if an illegal immigrant gets the job they tried so hard to attain?

Arizona is all too familiar with the strain of illegal immigration. The issue appeared to be a large reason why Trump, who has pledged to build a wall to keep illegal immigrants out, dominated in Tuesday night's primary. Are Arizonans really going to elect someone like Kirkpatrick who has such a relaxed policy?

Perhaps McCain shouldn't pack up his things just yet.