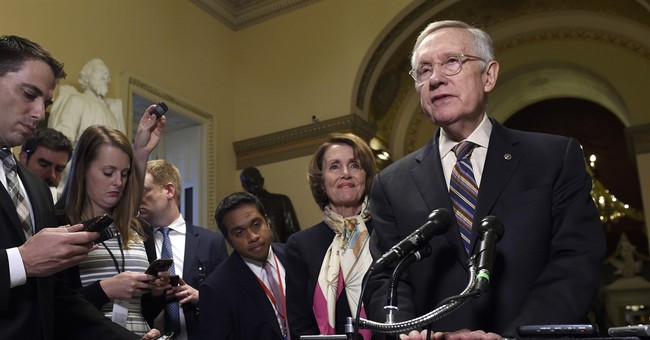 Nevada proved once again that Hillary Clinton is the Democratic establishment candidate. One Nevada journalist was especially frustrated that Senate Minority Leader Harry Reid appeared to go to great lengths to ensure her caucus win.

"Harry Reid asserted again today ... that he really can change the dynamic of an election in this state," Ralston on MSNBC.

Ahead of Saturday's vote, Reid admitted to The New York Times that he called the Culinary Workers Union to ensure tens of thousands of casino workers could show up to vote. While Reid did not say he did that for Clinton's benefit, his phone call appeared to pay off for her enormously. All six of the major caucuses held in casinos on the Las Vegas strip went her way.

Clinton seemed to know low-wage casino workers were likely to vote in her favor. On Friday, she paid visits to the  employee break rooms of multiple Las Vegas casinos, pledging to be a "fighter" for them.

Reid is not the only Washington Democrat who has gone to bat for her. The Democratic National Committee chairwoman Debbie Wasserman Schultz, while she won't admit it, appeared to schedule only a half dozen presidential debates in the 2016 race so Clinton would be virtually unchallenged on her way to the nomination.

As we know now, that backfired.

Sanders would be hard pressed to find such help from the Democratic establishment. Not that he wants it. His campaign has been relying heavily on his outsider status - which has resonated especially well with young progressives.