Jim Gilmore Drops Out of 2016 Race 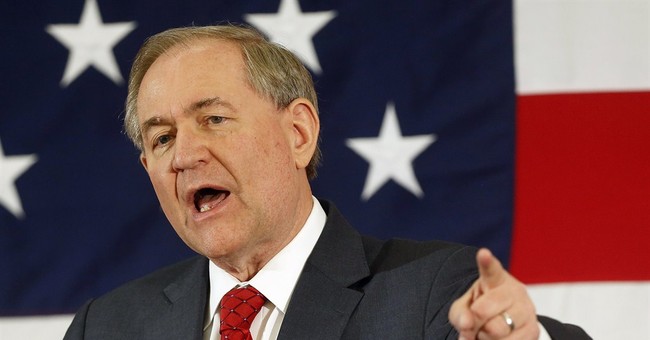 Longshot Republican presidential candidate Jim Gilmore has suspended his campaign for president after only 12 people voted for him the New Hampshire primary, reports The Des Moines Register.

The former governor of Virginia only made it onto the debate stage twice due to his poor polling. Here's a bit more about his political history before running for the highest office in the land:

Gilmore's exit from the race marks the latest disappointing campaign in a political career that once elevated him to national prominence. Elected governor of Virginia in 1997, Gilmore was chosen by then-President-elect George W. Bush in December 2000 to take the helm of the Republican National Committee. His tenure as party chief, however, was rocky and brief, and after reportedly clashing with White House aides like Karl Rove, he resigned the post after just a year on the job.

Six candidates remain in the running.

The next GOP contest is the South Carolina primary, where Donald Trump is ahead by double digits.