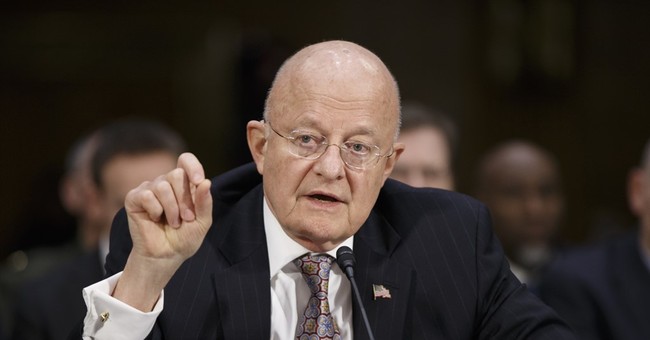 Director of National Intelligence James Clapper said Tuesday morning that North Korea has restarted their plutonium reactor. In a testimony in front of the Senate Armed Services Committee, he detailed what is likely to happen next:

The confirmation is perhaps no surprise. North Korea launched a rocket over the weekend as Americans were prepping for their Super Bowl parties.

The National Intelligence director also warned that we may see an increase in homegrown terror threats:

“The perceived success of attacks by homegrown violent extremists in Europe and North America, such as those in Chattanooga and San Bernardino, might motivate others to replicate opportunistic attacks with little or no warning, diminishing our ability to detect terrorist operational planning and readiness," he said.

Clapper weighed in on the Iran threat as well, calling the nation “the foremost state sponsor of terrorism" and that the White House's nuclear agreement will only act as a means for Iran "to remove sanctions while preserving nuclear capabilities.”

Clapper’s comments will not sit well with President Obama, who has repeatedly tried to ensure Americans that his nuclear deal with Iran is a peaceful one. The agreement, he declared at the UN last year, successfully prevented a potential war and has kept our world safe.

One of these men is telling the truth.