Christie Doubles Down on 'Boy in the Bubble' Comment, Hammers Rubio on Youth, Inexperience 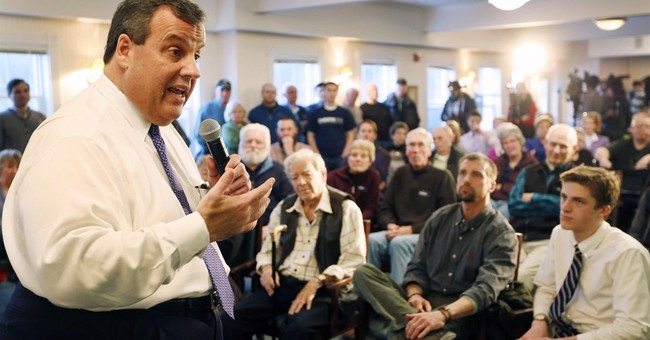 A few days ago in New Hampshire, Gov. Chris Christie called his presidential rival Marco Rubio the “boy in the bubble.” He was referring to Rubio’s supposed lack of face time with voters, instead relying on manufactured town halls and scripted answers. Yet, pundits can’t help thinking the New Jersey governor was also targeting Rubio’s youth. Judge for yourself:

The New Jersey governor had no intention of backtracking on the controversial comment in an interview with Fox News' Greta Van Susteren:

"The reason it applies to him is because he is not ready to be president of the United States. He is not ready because of the way he – not only his lack of accomplishment in his Senate career but also because he lives a very protected life as a candidate. He doesn't answer questions in gaggles."

Rubio, who has enjoyed a surge in New Hampshire as of late, surpassing Ted Cruz to get to second place, dismissed Christie’s dis as a simple knee jerk reaction to his own slipping poll numbers.

"When people are having a tough time in a campaign, especially near the end, you see some desperation set in they start saying things," Rubio told reporters Thursday.

Christie has company in attacking the increasingly popular Florida senator. In an appearance on MSNBC’s "Morning Joe” Friday, Gov. Jeb Bush said Rubio had accomplished “nothing” in the Senate.

The timing of the two governors’ attacks against Rubio led to a New York Times report suggesting the two had a secret deal to jeopardize Rubio’s campaign. Christie denied that allegation.

Donald Trump is still well in front in New Hampshire polls, but with Rubio steadily gaining, the businessman may again find himself in a frustrating second place.