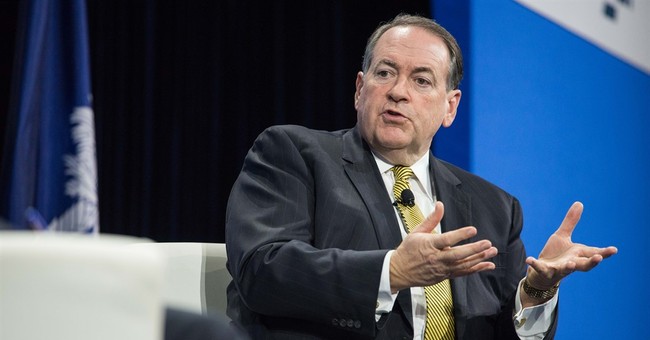 Many would argue that Gov. Mike Huckabee’s (R-AR) strongest issue on the campaign trail is his fight for religious freedom. In his pursuit of defending Americans’ right to worship, the presidential candidate announced Tuesday that he will be showing a screening of the new film God’s Not Dead 2 this Sunday on the eve of the Iowa caucuses. While the original movie centered on a student’s courage to stand up to his atheist teacher, the sequel, out April 1, follows a high school teacher who is forced to defend her Christian faith in the courtroom after daring to speak the name Jesus in her classroom. Huckabee makes a cameo in the powerful story.

In 2014, God’s Not Dead stunned the box office by becoming the highest grossing independent faith film of the year, proving audiences were hungry for its message. In a statement, Huckabee explained why he is eager to bring the second installment to Iowa voters:

“The success of GOD’S NOT DEAD stunned Hollywood, but not the people of middle America,” Huckabee said. “On the eve of the Iowa caucuses, this screening will be a great opportunity for people in Iowa to be among the first in the nation to see the film before it gets to theaters and be reminded why this election is so important to preserving religious liberty.  Since there is limited seating, we hope people contact us early to be there."

Check out this new exclusive behind-the-scenes feature of the film from Pure Flix Entertainment, which includes reactions from the film’s stars Melissa Joan Hart, Jesse Metcalfe and Pat Boone.

“Christians across the United States feel like their voice has been taken,” says God’s Not Dead 2 Director Harold Cronk. His film will answer the question: What is really at risk?