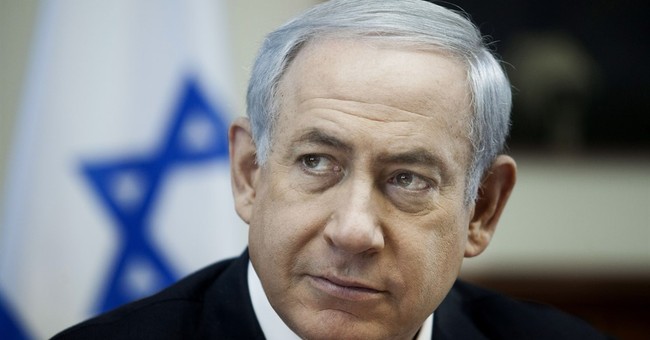 CNN's Fareed Zakaria had an important conversation with Israeli Prime Minister Benjamin Netanyahu at the World Economic Forum in Davos, Switzerland this week. Among the topics of discussion were the White House's nuclear agreement with Iran. Zakaria tried to frame the deal as a win for diplomacy, reminding the audience that the International Atomic Energy Agency says Iran has destroyed the majority of its enriched uranium.

“Isn’t it fair to say Obama has achieved through diplomacy what you couldn’t achieve through military action?” Zakaria asked.

Netanyahu, who looked on doubtfully throughout Zakaria's remarks, respectfully disagreed, noting that he is more concerned about Iran's ability to construct a bomb in the future.

“The concern that I have…is that after a period of time, Iran could resume on a much larger scale its military program because there is no connection to the lifting of sanctions or the lifting of restrictions on Iran’s nuclear program to Iran’s behavior. It can continue to send its terrorists and its covert armies and overt armies throughout the Middle East, and would have the freedom to enrich as much uranium as it wants, which is the critical component for bombs.”

Of course, Netanyahu hopes for a different outcome.

"I hope I'm proved wrong," he said. I’ll be the happiest person. I’m not sure that I’ll be proven wrong and I have my doubts, and we shall see very soon.”

Discussing Israel's relationship with the U.S. in light of the nuclear deal, Netanyahu insisted they will need many more millions in aid in order to fund their Iron Dome missile defense system.

In terms of protecting Israel, and by extension protecting our part of the region, the American assistance to Israel is about 3.1 billion dollars a year. We’re talking about a bigger package, but remember that even over a 10-year period, it pales in comparison to the enormous funds that Iran gets.”

Will we comply with his wishes?