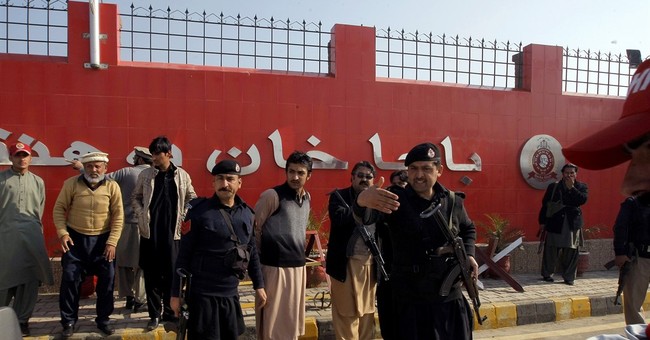 A Taliban leader is taking credit for an attack at the Bacha Khan University in Charsadda, Peshawar, killing at least 20 people during a school ceremony. Yet, the group's spokesman denies it.

A senior Taliban commander, Umar Mansoor, told the media the attack was in response to a military offensive against militant strongholds. He said four suicide attackers had carried out the attack.

However, the group's main spokesman, Mohammad Khurasani, later told the BBC the Taliban had not been involved. He condemned the attack as "un-Islamic".

The carnage occurred just 40 miles from the Peshawar, where the Taliban savagely murdered 145 people in December of 2014.

The Bacha Khan staff showed incredible courage during Wednesday's attack. One teacher even shot back at the militants before being killed, the BBC reports. As for the larger country, they will not let this tragedy go unanswered.

Prime Minister Nawaz Sharif said in a statement: "We are determined and resolved in our commitment to wipe out the menace of terrorism from our homeland."