PolitiFact: No Proof To Support Hillary's Claim That Trump is ISIS' 'Best Recruiter' 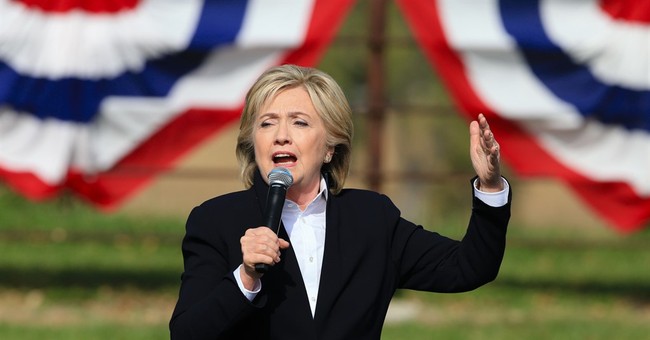 At Saturday’s Democratic debate, former Secretary of State Hillary Clinton challenged Republican frontrunner Donald Trump’s controversial comments with one of her own. Clinton said, matter-of-factly, that Trump’s proposal to ban Muslims from entering the country is being used as an ISIS recruiting tool.

"He is becoming ISIS's best recruiter,” she said. “They are going to people showing videos of Donald Trump insulting Islam and Muslims in order to recruit more radical jihadists."

On Twitter Monday, Trump demanded an apology from the Democratic frontrunner.

We were unable to find any evidence to support this. The Clinton campaign did not provide any evidence that this is already happening -- only that it could be happening, or that it may in the future. If ISIS was using Trump for recruitment videos, we would expect a frenzy of media coverage over it. We rate this claim False.

Until the Clinton camp provides some proof, we can assume she is again blaming a video for terrorism.

Now I can see why the Democratic National Committee wants to hide these debates on Saturday night.