Iranian-American Dr. Who Responded to San Bernardino Attack: “Let’s Show ISIS What We Are Made Of” 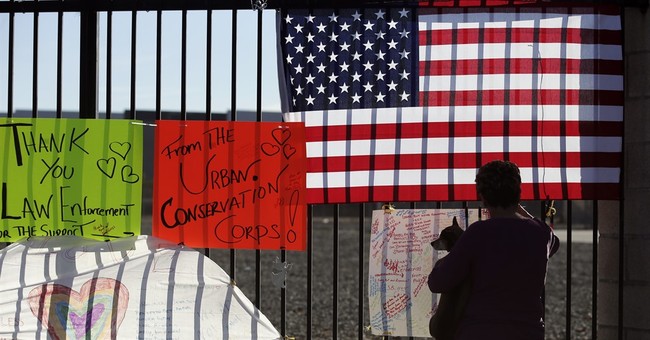 San Bernardino officials held a press conference Monday morning on last Wednesday’s tragedy at the Inland Regional Center, where an employee, Syed Rizwan Farook and his wife, Tashfeen Malik, shot and killed 14 people and injured several others during an office Christmas party. President Obama described the incident as an "act of terrorism" and said Malik had been clearly radicalized.

“We stand together as one family,” said Josie Gonzales, San Bernardino's Fifth District Supervisor at the press event.

Second District Supervisor Janice Rutherford spoke next, describing how the inhumane attack has affected the community.

“Terrorism is bound to make ordinary people afraid to do ordinary things,” she said. “These were dedicated public servants.”

“We have to fight to maintain that ordinary,” she continued. “We can’t be afraid of our neighbors, of our coworkers. Our employees are going back to work today. They are overcoming their fear.”

A few physicians were on hand to describe the unusually frightful scene to which they witnessed and responded.

Dr. Michael Neeki was one of the first to attend to the victims. Born in Iran, he said he was “sad” to see such terror occur in a country that is supposed to espouse freedom.

Let’s “show ISIS what we are made of,” he said, and support the victims and their families.

Neeki's background proves why he was uniquely qualified to respond so swiftly to last week's attack:

Neeki, 51, is familiar with self-defense, having been born in Iran and drafted into the Iraqi war at age 18. But after 27 years in his adopted country, he didn't expect his combat experience would be needed here.

"Never in a million years, but now that I'm here this is one of my duties," said Neeki. "It's a privilege to work here and it's a privilege to be a part of this team, to serve the community out there. It's the least I could do."

Trudy Raymundo, the director of Public Health, thanked law enforcement for guiding her employees to safety and shielding them from any further harm. She encouraged all involved to “come together and hold each other strong.”

“It is this strength that will help us heal,” she said. “I want you to every day be grateful for those of us who were spared.”

Assistant Director Corwin Porter agreed, adding he was “encouraged” law enforcement’s optimism and dedication to their profession. Yet, neither he nor Raymundo could hide their emotions.

“My heart goes out to my staff who has suffered such tremendous loss,” he said.

Today's press conference showed that this is one community that will not be silenced or paralyzed by fear.