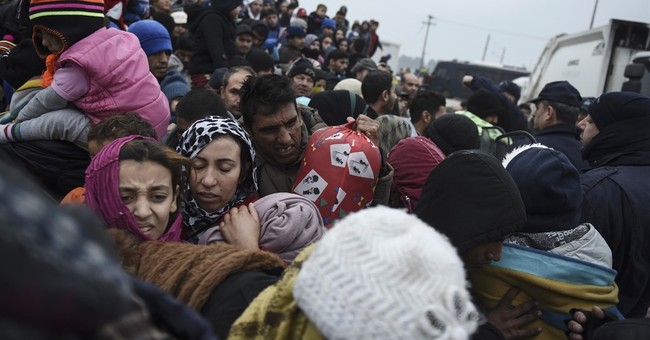 Canada is not taking any chances when it comes to its new influx of Syrian refugees. While the country is preparing to accept about 25,000 migrants by the end of the year, security concerns have convinced officials they should leave out a key demographic: single males.

The federal government's much-anticipated Syrian refugee plan will limit those accepted into Canada to women, children and families only, CBC News has learned.

Sources tell CBC News that to deal with some ongoing concerns around security, unaccompanied men seeking asylum will not be part of the program.

To put the number 25,000 into perspective, that is about the population of Canada's Yukon Territory. Most of the women and children refugees entering Canada will be placed in military bases upon arrival, CBC reports, before being relocated throughout the country.

Single men are most vulnerable to being seduced by ISIS. They are told they will be powerful and performing these extreme, violent acts are moral necessities in order to establish a militant Islamic caliphate, NY Magazine explains.

Meanwhile, our own Syrian refugee program will allow up to 100,000 migrants to enter the country by the end of 2017. President Obama has tried to ensure us our vetting process is “rigorous,” yet 34 governors aren’t so sure, refusing to let even one refugee in their respective states until their security concerns are addressed.

Is this one instance when we should follow the example of our northern neighbor?

The revolution is already under way – HotAir
Hotair
New Model Forecasts Date of Expected Peak in Your State, Probable Number of Deaths
Redstate