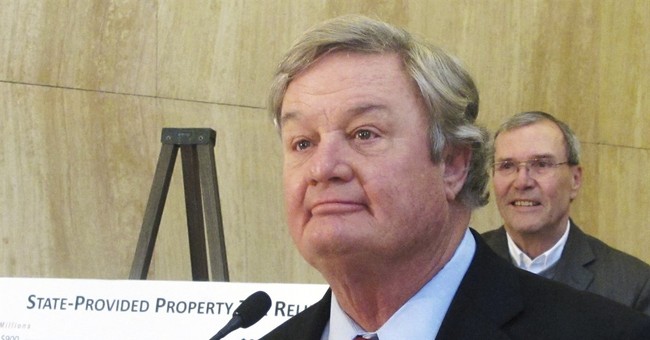 It’s now 31 states that are refusing to accept Syrian refugees due to security issues. Yesterday, North Dakota Gov. Jack Dalrymple said that he plans to send a letter to President Obama reiterating what other governors have said regarding this relocation initiative, which is that Washington needs to fix the vetting system (via Grand Forks Herald):

Dalrymple’s letter cites testimony by the FBI Director James Comey, who told Congress of inadequacies in the system that would prevent the thorough vetting of the 10,000 refugees the administration has pledged to admit into the U.S.

“For generations, our country has welcomed individuals and families seeking safety and asylum within the borders of the United States,” Dalrymple said in the release. “However, I am deeply concerned about the recent terrorist attacks carried out in France and the potential for this situation to arise in the U.S., especially given the testimony by FBI Director James Comey revealing gaps in the refugee screening system.”

The ISIS-linked terrorist attack in Paris last Friday prompted a surge in governors to refuse accepting refugees, especially after the FBI admitted that they have no way of screening every refugee we’re set to relocate in the United States. We’re set to accept 10,000. Hillary Clinton feels we should let in 65,000.

Now, the State Department said that governors have no legal authority to block refugee relocation into their states. As refugees, they have legal status and can move from state to state, according to the ABC News. Yet, CNN says governors’ refusal to participate in the relocation effort could make things more difficult:

When push comes to shove, the federal government has both the plenary power and the power of the 1980 Refugee Act to place refugees anywhere in the country," said Kevin Appleby, the director of migration policy at the U.S. Conference of Catholic Bishops, the largest refugee resettlement organization in the country.

Appleby said one thing the states could do was to cut their own funding in the area.

American University law professor Stephen I. Vladeck put it this way: "Legally, states have no authority to do anything because the question of who should be allowed in this country is one that the Constitution commits to the federal government."

But Vladeck notes that without a state's participation the federal government would have a much more difficult time. "So a state can't say it is legally objecting, but it can refuse to cooperate, which makes thing much more difficult."

White House Communications Director Jen Psaki tweeted that 2,174 refugees have entered the U.S. already–and none have been arrested on terrorism charges.