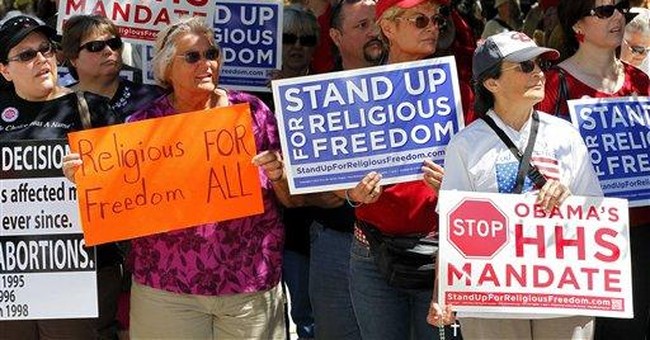 Obamacare's contraception mandate is once again being brought to court. The Supreme Court announced Friday it will allow seven religious nonprofits to challenge the law, which as of now forces them to violate their faith.

In the past couple of years, Christian business owners have refused to comply with the Health and Human Services' birth control mandate because some of the contraceptives they would have had to provide employees were abortifacients. In Hobby Lobby v. Burwell, SCOTUS sided with Christian-owned Hobby Lobby, acknowledging their belief that life begins at conception.

It seems SCOTUS will now give these Catholic nuns another chance to make their case, as well as other religious charities, schools and hospitals who have qualms with the mandate.