Gloria Steinem: Having An Abortion Gave Me My Life 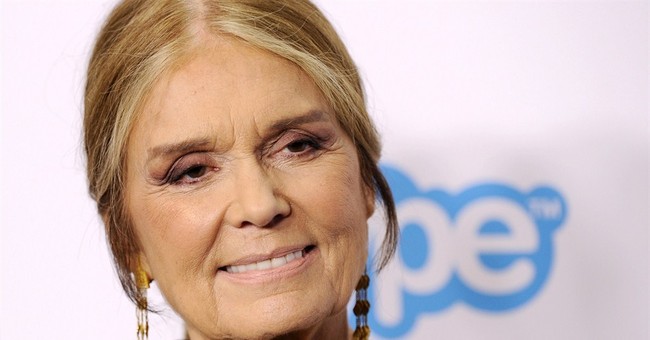 Gloria Steinem, considered by many to be America's most infamous feminist, has never been shy about defending abortion. She appeared on PBS’ Tavis Smiley program Tuesday and took the obsession one step further. The abortion she had as a young woman, she argued, gave her “life.”

“It gave me my life,” she said. “I mean, I wouldn’t have been able to live my life otherwise.”

Her deadly logic cost a heavy price. Why could she only live her life by taking that of another?

She then embarked on another impossible task and defended Planned Parenthood in the wake of the Center for Medical Progress’ video investigation.

“Planned Parenthood is one of, and maybe by some measures, the single-most-popular supported organization in the country because it has helped so, so, so many people,” she said.

Try again. Planned Parenthood has been rightly exposed this summer for selling the parts of aborted babies and laughing about it in the process.

The early women’s rights pioneers would shake their head to know Steinem is the face of feminism today. As Susan B. Anthony List President Marjorie Dannenfelser explains, the leaders of the suffrage movement acted on behalf of a much different value system:

Yet many of the early leaders of the women’s suffrage movement in the U.S. believed that the rights of mother and child are inextricably linked and that the right to life and the right to vote are rooted in the inherent dignity of each human person.

These heroines were not “at war with their own children,” she added.

Based on these tenets, Steinem is no feminist.