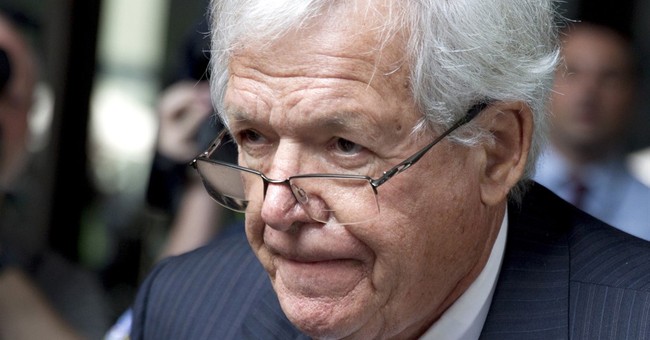 As expected, former Speaker of the House Dennis Hastert has pleaded guilty to charges he paid a former student to keep quiet over reports of sexual abuse. The Republican admitted he had engaged in misconduct at a Chicago federal court Wednesday morning.

Hastert was accused of paying a former student to cover up sexual misconduct while he was a teacher at Yorkville High School. "Individual A" was handed a total of $3.5 million.

U.S. District Judge Thomas Durkin said the disgraced congressman will face probation or up to six months in prison. He set the sentencing date for Feb. 29.