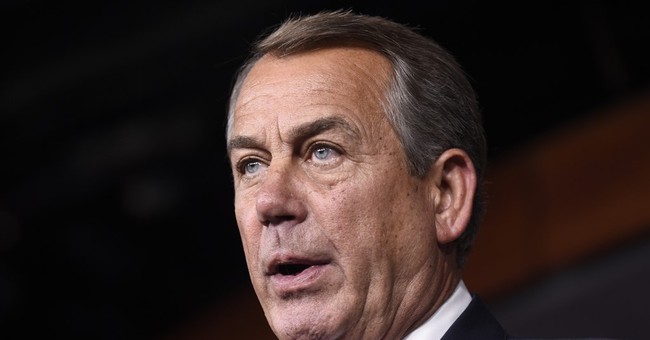 In a vote of 269-162, the House of Representatives rejected the approval of the White House’s nuclear agreement with Iran. Every Republican except one voted against it, while they managed to get 25 Democrats on board as well.

House votes 269-162 with one Present against approving the Iran nuclear deal pic.twitter.com/cluWKTroPQ

Today's vote may prove to be just a temporary setback for the Obama administration. Thursday night, the Senate voted to reject a GOP-led disapproval resolution. Even if it had passed, the president has enough votes to use his veto power.

Several House members have voiced their opposition to the deal, including Rep. Paul Ryan (R-WI), who wrote a blistering op-ed against it on Friday:

"As our world grows more dangerous and unstable each month, trusting a violent Iranian regime that has been nothing but hostile to America is an error we cannot afford to make."

Guy had a suggestion for GOP leadership today, urging them to not "simply shrug and give up," but play hardball.

On the Eve of #september11 American leadership in Washington is working hard to arm the enemy. #IranDeal

The #IranDeal is a testament to human beings' short memories; it only took 14 years to completely disregard the lessons of #September11 '01.