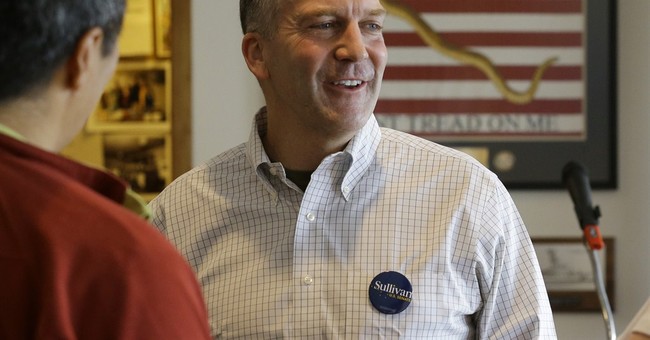 In his first year on the job, Sen. Dan Sullivan (R-Alaska) has already become of one of the Environmental Protection Agency's most vocal critics. His latest challenge may be the boldest yet. In a recent Senate Energy and Public Works Committee hearing with EPA assistant administrator nominees, Sullivan asked them a pretty tough question:

“Do you think it’s a legitimate exercise of our authority as the Congress, as the oversight committee, to put a hold on your nominations or confirmations until we get legitimate answers from the administrator on, for example, the Waters of the U.S. [rule]?” Sullivan said.

The freshman senator wasn’t messing around. He backed up his comments with some strong words for EPA administrator Gina McCarthy.

“I was not bluffing, I take this very seriously,” he said. “It’s a rogue agency. They had nothing to do with it, but the administrator certainly blows off this [committee] and this Congress.”

Sullivan has reason to share his concerns. The Waters of the U.S. rule is described by opponents as an ambiguous piece of legislation that gave the EPA unfettered power over land use by expanding the range of waters that fell under federal control. The law would have such an impact on land owners across the country, that the American Farm Bureau Federation released a string of documents in opposition to it. One report, entitled “Water of the U.S. Rule: No, No, No! No Clarity, No Certainty, No Limits on Agency Power,” warned that the EPA rule includes an awfully broad classification of “water,” meaning there is little excluded from their jurisdiction.

“Our analysis shows yet again how unwise, extreme and unlawful this rule is,” American Farm Bureau Federation President Bob Stallman said. “Our public affairs specialists and legal team have assembled the best analysis available anywhere, and their conclusions are sobering: Despite months of comments and innumerable complaints, the Waters of the U.S. proposal is even worse than before.”

I imagine these farmers appreciate Sullivan’s efforts on their behalf. Having operated freely for so long, it's about time the EPA faces some pressure.

An agency that tries to redefine “water” needs to be redefined itself – or thrown out with the bath water.