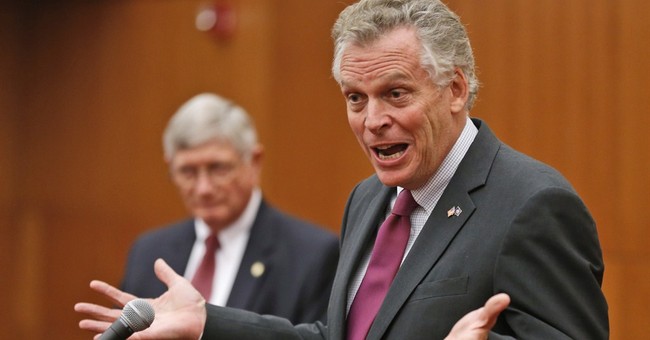 In July 2013, important regulations were put in place for Virginia’s 21 abortion clinics. The law, SB 924, required clinics to be held to the same standards as hospitals, requiring new hallway widths and equipment standards, for instance. Because of the new regulations, three abortion-providing centers that were not up to par were shuttered. Yet, despite the progress the law has made in protecting women from unsafe or unsanitary abortion centers, Attorney General Mark Herring has just declared that the state Board of Health need no longer enforce the regulations, insisting they are “medically inappropriate.”

After exhaustive and careful review, Attorney General Herring has concluded that:

Former Attorney General Ken Cuccinelli, who has warned the Board of Health to not dismiss these standards, told Townhall that Herring knew full well that these regulations were adopted in a common sense, across the aisle effort.

“In this case, the General Assembly’s intent to protect women in Virginia's abortion clinics was clear and bipartisan at the passage of the bill, and Attorney General Herring knows it as he was on the floor as a Senator for the long debate on the bill," he said. "The main complaint during the debate, repeated over and over, was that the regulations would shut down abortion clinics. Such a position would be ridiculous if the law did not apply to existing abortion clinics, as there would be nothing to shut down. Our office provided legal advice intended to effectuate the clear bipartisan intent of the General Assembly. Sadly, Herring is now substituting his political preference for a law legitimately passed. Herring's abuse of his office is particularly unfortunate as it relates to an issue of such sensitivity to so many Virginians.”

Perhaps the issue is so sensitive to Virginians because of the danger unregulated clinics pose to women. Just one look at Mollie Hemingway’s unnerving report at The Federalist detailing Virginia’s “blood spattered” abortion clinics in 2013 proves that planned inspections are necessary to keep these businesses accountable.

“These regulations were designed not to keep Virginia women safe, but to limit their constitutional right to make their own decisions,” McAuliffe said in a statement Monday. “I have pledged to prevent any further political effort to limit women’s access to health care, and I am committed to ensuring that Virginia is in the business of expanding access to safe and affordable care, not limiting it.”

McAuliffe and Herring’s rejection of Cuccinelli’s urgent advice puts the women of Virginia in danger. Instead of protecting them, the reversal of these regulations will permit women to walk into clinics that lack oversight and are left to operate under substandard conditions.

The Board of Health will reconvene June 4 to discuss the current regulations. For the sake of Virginians, I hope they put the needs of women over pro-abortion politicians.