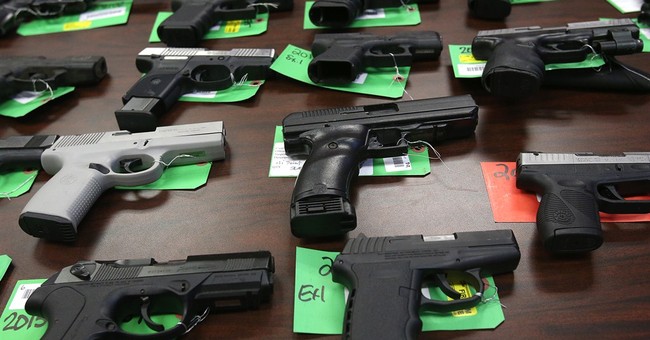 The Bureau of Alcohol, Tobacco, Firearms and Explosives (ATF) currently requires potential gun owners to provide their race and ethnicity when purchasing a firearm. If gun retailers fail to enforce this law, the federal government can put them out of business.

“This requirement by the ATF is another example how this administration continually makes it harder for law-abiding citizens to possess firearms,” said Congressman Ted Poe. “Forcing citizens who are lawfully purchasing guns to disclose race and ethnicity with the threat of federal prosecution if they fail to disclose is completely unnecessary. Bottom line, if a law-abiding citizen is lawfully purchasing firearms, race and ethnicity are irrelevant. It is time to stop punishing those who are following the law.”

Black expounded on Poe’s statement, adding that it’s not just a gun owning issue, but a privacy concern.

“The government has no legitimate reason to collect this information in the first place. That is why my bill would ban the ATF from requiring Americans to list their race or ethnicity in order to purchase a firearm.”

Both the NRA and Gun Owners of America are applauding Black’s and Poe’s efforts. Here is an excerpt from a grateful letter GOA sent Rep. Black.

“It should be of interest to both conservatives and liberals that this law enforcement agency is snooping into the racial and ethnic identity of gun owners without just cause. Your legislation will protect gun buyers’ privacy, prevent the federal government from needlessly putting gun retailers out of business, and ultimately strengthen Americans’ constitutional right to keep and bear arms.”

So, how did the race and ethnicity requirement get passed in the first place? The answer is: quietly.

With little fanfare, the Bureau of Alcohol, Tobacco, Firearms and Explosives (ATF) in 2012 amended its Form 4473 — the transactional record the government requires gun purchasers and sellers to fill out when buying a firearm — to identify buyers as either Hispanic, Latino or not. Then a buyer must check his or her race: Indian, Asian, black, Pacific Islander or white.

The Obama administration is not always so subtle in its disregard for the Second Amendment. In February, for instance, the ATF sought to ban the sale of AR-15 ammunition. Right now, members of Congress, like Diane Black and Ted Poe, are exposing the White House's gun control agenda loud and clear–and that is good news for gun owners.