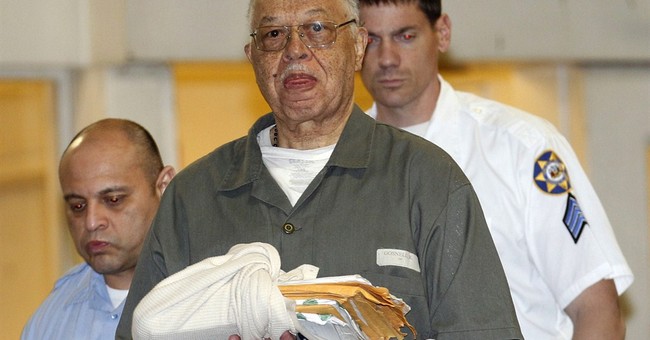 The crowd-funding site Kickstarter once agreed to host the film After Tiller, a documentary that follows and sympathizes with the only four remaining late-term abortionists in the country as they face animosity for the work they perform. It seems Kickstarter is not interested, however, in films that sympathize with the real victims: unborn babies. When filmmakers Phelim McAleer and Ann McElhinney asked the site for help telling the story of late-term abortionist Kermit Gosnell, who is now serving life sentences for murdering thousands in his filthy abortion clinic, Kickstarter refused. That, however, hasn’t stopped the Gosnell Movie campaign from being well on its way to smashing donation records, earning $500,000 in a little over a week.

McAleer and McElhinney are doing the country a service by exposing the Kermit Gosnell tragedy. Among other atrocities, the abortionist kept severed babies’ feet in jars and snipped babies’ spinal cords. These injustices were largely ignored by the mainstream media. One reporter willing to share the truth, however, was USA Today’s Kirsten Powers. In her piece entitled, "Philadelphia abortion clinic horror," she insisted that Gosnell’s ‘House of Horrors’ should be front page news.

Powers is still writing the headlines the rest of the cowardly media won’t. In her new column, “Liberals’ mob rule," Powers accuses Kickstarter of “muzzling” the pro-life filmmakers:

Kickstarter, like too much of the news media, wants only one version of the late-term abortion story told. If Gosnell hadn't killed the babies outside the mothers' body and instead kept them inside as is standard procedure for the After Tiller docs, he would not have been charged with murder. He'd be the hero in a film Kickstarter would happily fund.

Kickstarter explained its reasoning for blocking the movie by writing, "We understand your convictions … however … our Community Guidelines outline that we encourage and enforce a culture of respect and consideration, and we ask that that language specifically be modified."

Mob rule enforcing groupthink is as illiberal as it gets, and yet it was liberals demanding uniformity of thought — or else.

Despite the efforts to quash the Gosnell movie campaign, 6,500 people have already donated to the film. McElhinney is encouraged by the campaign’s quick success:

"This is just fantastic, this is such a strong message from people all over the country voting with their money for the truth. Hollywood and the mainstream media should pay attention, people are angry with them for ignoring the news and the truth. This $500,000 is a strong statement, the people won't wait for Hollywood or the mainstream media, they're fighting back. It's beautiful."

It’s amazing the lengths the media will go to avoid showing abortion in a bad light. It’s always a woman’s “right to choose,” never “murder.”

It's only fair to report that Kickstarter did eventually accept the Gosnell movie proposal – after McAleer and McElhinney withdrew it.

Kickstarter can now consider itself on the wrong side of history.